The Van T’s are set to play Dundee’s Carnival 56 Festival. 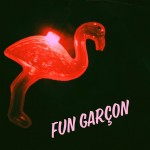 Four-piece surf rock band The Van T’s, are back with a bang as they get set to release their reverb-drenched single Fun Garçon, out on 25th November via Bloc+Music.

“…music that deserves to be played at ear-threatening decibels to as many people as possible.” – Noisey

Read More
< Older
What is legal matter management technology ? . Plumbers in Hidden Hills . play online blackjack switch
Before you go...
Sign up for updates and be the first to hear about our latest news and offers.
By entering your email address, you are subscribing to our newsletter.
94
Oops! - Something went wrong.
Close